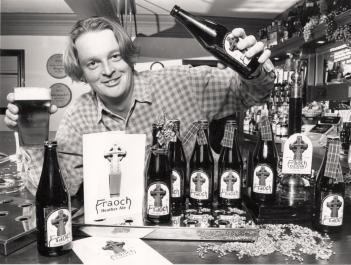 If you happen to be a beer connoisseur, one ale to try is the Williams’ Bros fraoch or heather ale. Using locally-sourced ingredients, the Williams Bros have recreated a traditional Gaelic recipe that is gaining worldwide recognition.

After a woman of Gaelic decent approached the brewmakers to recreate her favorite ale for her family to try, the brothers experimented with different quantities of malt and heather and ended up with their now well-known Fraoch. Their heather ale has won numerous awards worldwide and took the SIBA 2004 Gold.

Williams Brothers ship throughout the UK and can be contacted at  http://www.williamsbrosbrew.com as well as on facebook and twitter.

Category:
Food
Drink
About the Author