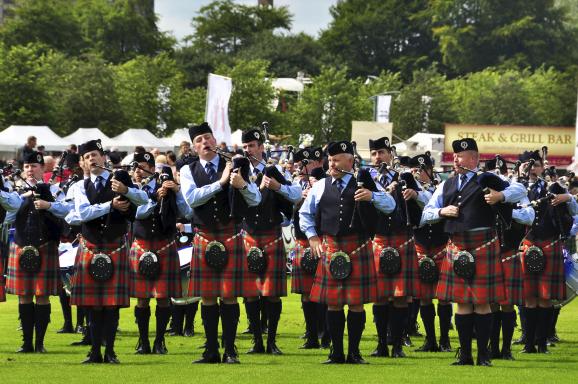 You are able to hear the skirl of bagpipes every day of the year somewhere in Scotland.

In early August, though, Glasgow becomes a focus of pipers the world over as the Piping Live! Festival takes place, with competitions, concerts, talks, pipers sharing their music in city squares, collaborations between pipers and musicians  of other sorts and styles, and celebration of piping through Highland games, dance, and other events as well. Musicians from at least sixteen nations will be in Glasgow this year as the World Pipe Band Championships are awarded during PipingLive! too.

In 2012, Spain, Estonia, and Sweden are three of the countries whose pipe music will be celebrated along with the range of piping styles from Scotland and Scots overseas.