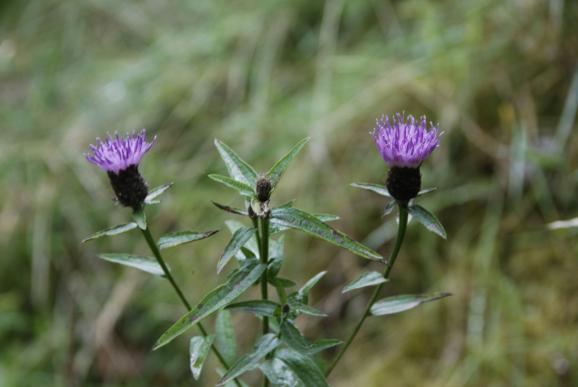 If you, a speaker of English, found yourself unexpectedly dropped back into the Highlands of Scotland in the 1700s, as protagonist Claire Randall does in the Outlander books and television series, one of the things you’d notice right away is that people would be speaking a language strange to you. Then there would be times, especially if you traveled further south and east in Scotland, when people would be speaking something that seemed to have a few words in it you recognized from English along with a lot you did not, and was a different language from the first one. The people in the Highlands were speaking Scottish Gaelic, and the people further to the south were speaking Scots.

While English is the first language for the majority of people in Scotland today, Gaelic and Scots still live on, despite both of them having been somewhat battered by social and political change and losing native speakers to emigration through the course of history.

Gaelic -- which is said in Scotland with a short a sound, Gallic -- is common in day to day speech in the Western Isles, Argyll, and the Highlands still today, and there are pockets of Gaelic speakers in other parts of Scotland where people from these places have moved through time. The language itself is related to Irish. Up until about four hundred or so years ago, people all up and down the Highlands and Islands and across the Irish Sea in the island of Ireland could understand each other. Gaelic originally came over to Scotland from Ireland when Gaels settled in southwestern Scotland in the kingdom of Dalriada in around the fifth century (what were people in Scotland speaking before that, you might be wondering? Pictish, most of them. That is a language which has not survived). As politics and geography and transport and economy changed, Scottish Gaelic and Irish began to diverge into separate languages. It is still true, though, that if you start out in one, you’ll have glimmers of what words mean or what patterns of speech are in the other.

The other language you would have met back in the 1700s, Scots, diverged from English, or English diverged from it, and it has borrowed words from Norse, German, Irish, and yes, Gaelic as well -- and Gaelic has borrowed a few back, too. It is spoken in varying dialects in southern Scotland and up the east coast to Aberdeenshire. The Norse influenced speech of Orkney and Shetland is sometimes considered a dialect of Scots, as well.

Both Gaelic and Scots have vibrant historic and contemporary traditions in the arts. In fact, song and poetry are good ways for those who do not use the languages in day to day speech to become acquainted with them and get an idea how they sound -- although the programs of the Outlander television series are certainly raising the profile of Gaelic and Scots.

A note about that: producer Ronald D. Moore decided to use Gaelic without subtitles, because Claire would not have understood what was being said. The cast members who had to talk in the language are not Gaelic speakers, though, so Gaelic speech coach and tutor Àdhamh Ó Broin has been working with them. It a bit of a twist, it seems that the only cast member who actually does know Gaelic -- albeit the Irish version -- is Catriona Balfe, who portrays Claire. Balfe comes from Ireland, and while there’s no word as to whether her family are Irish speakers or not, Irish is a required subject in school in Ireland. Gaelic is not, in Scotland.

In fact there was a time when people were forbidden to speak Gaelic, and the Highland clearances and other factors leading to emigration also reduced the numbers of Gaelic speakers. Scots fell out of favor, as well: once the language of the court and of business, it was replaced at first by French and then with the union of the crowns in 1603 and the union of parliaments in 1707, which saw government business move south, by English. Scots remained common in daily speech for some time, which some scholars have said, created a somewhat uneasy social situation between those who spoke English and those who spoke Scots.

When you travel to Scotland today, you will encounter Gaelic on road signs and in signage in many public buildings -- museums for instance -- across Scotland. You may hear Scots spoken on the street, in large cites such as Edinburgh or Glasgow or Aberdeen, and you may encounter Gaelic there as well, though you will more often hear it spoken in day to day life in the Western Isles, Argyll, and the northern Highlands.

If you’d like to explore more of these languages, you might seek out the poetry of 18th century writer Duncan Ban MacIntyre and 20th century poets Ian Crichton-Smith and Sorley Maclean in Gaelic. Robert Burns and Robert Ferguson are two major historic poets who wrote in Scots, and Hugh MacDiarmid is an important figure in 20th century Scots poetry.

Scots and Gaelic are both present in the twenty first century on the internet, as well. You might follow @gaelicsinger on twitter -- this is musician Fiona J. Mackenzie, who not only sings in Gaelic (and at times in Scotland’s other languages as well) -- but offers tweets and podcasts to help learners of the language. You can also tune in online to BBC Scotland for programs on Robert Burns and other Scots writers, and listen to the daily news as well as sports and music programs in Gaelic on BBC Radio Nan Gaidheal. There is Gaelic language television, too, BBC Alba. Because of licensing restrictions it is often not viewable outside the UK, but many of its programs are viewable after their first air dates worldwide through YouTube.

You might be speaking a bit of Scots and Gaelic already. Galore and banshee are just two words from Gaelic which have made it over into English, and bonnie lassie are two which have come over Scots. Then there’s a phrase made well known by the Outlander series. "Dinna fash, sassenach,"  is one of those times Gaelic borrowed from Scots and Scots borrowed from Gaelic: it includes words from both. Dinna fash is don’t trouble, don’t worry, in Scots, and Sassenach is, as you may well know by now, stranger -- or outlander -- in Gaelic.

A site to introduce you to a bit of Scottish Gaelic
http://www.bbc.co.uk/alba/foghlam/beag_air_bheag/

If you would like to learn Scots, or just get a taste of what reading it is like, check out this great site
http://www.scots-online.org/

Here’s an extensive list of links to places so learn Gaelic on line
http://www.smo.uhi.ac.uk/gaidhlig/ionnsachadh/

Then there is the music. Singers including Julie Fowlis, Kathleen MacInnes, The Campbells of Greepe, Joy Dunlop, Karen Matheson and the band Capercaillie, and Gillebride MacMillan (you have heard him as the bard in Outlander) from Scotland, Mary Jane Lamond from Cape Breton in Canada  and Kyle Carey from the United States have raised public interest in and understanding of Gaelic with their singing. Well known artists who sing in Scots include Alistair Ogilvy, Eddi Reader, Jim Malcolm, and Emily Smith.

For the connections among Irish and Scottish Gaelic, take a listen to the album Dual, a collaboration between Scot Julie Fowlis and Ireland’s Muireann Nic Amhlaoibh

Music from Joy Dunlop, who is a teacher of Gaelic as well as a singer of it

Men’s voices in Gaelic music, a number of the brightest stars (among them Gillebride MacMillan) brought together by Mary Ann Kennedy, who is a member of the Campbell Family of Greepe

Capercaillie’s fine album At the Heart of It All

On their recording Adoon Winding Nith,  Emily Smith and Jamie McClennan offer well known and lesser known works of Robert Burns in Scots, among them Silver Tassie and The Plooman

The Boy and the Bunnet, which introduces instruments of the music of Scotland through story. There are versions in English, Scots, and Gaelic and the teacher's resources pages on the project have information on Scots vocabulary and grammar