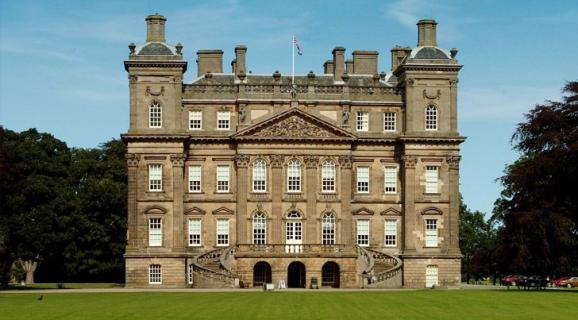 The fascinating wartime secrets of one of the North East’s most famous houses is being explored in a special event next weekend (Saturday 28th July and Sunday 29th July).

Duff House in Banffshire is throwing open the doors to its military past when it performed a number of roles, including a base for Allied troops and a prisoner of war camp for German seamen and Luftwaffe pilots during the Second World War.

The North East coast of Scotland, due to its location, played a strategic role in the planning of offensives against the opposition forces and the house performed an important part in this.

Tragically this meant that the House was a target for enemy planes, and in July 1940  the House was bombed with fatalities on both sides.  Marks caused by shrapnel from the bombs can still be seen to this day on the outside masonry of the building.

During the weekend visitors can find out what life was like at the House during this time, and meet a soldier in period costume, who will explain the House’s unique and fascinating role in the Second World War.

Young visitors can also dress up in the clothing of the time whilst items including weapons from the period will also be on display.

The event follows on the back of an exhibition and two hugely successful events held in the House over the last three years which saw visitors explore the House’s military past.

“Most people who visit the House today to admire its Georgian architecture or enjoy an exhibition or event are unaware of its dramatic past.

“From 1939 to 1946, Duff House served a number of military purposes, firstly as an internment camp, followed by a brief period as a prisoner of war camp and latterly as an Allied headquarters for various English and Scots regiments.

“In 1941 it also became the HQ for Norway’s Norwegian Brigade in Scotland and, after the war, as a base for Polish soldiers waiting for resettlement in Scotland.

“The impact that this had on the building is explored through this fascinating event, which is designed to tell the story of the House’s wartime past in a way that will inform and engage with all ages. We look forward to welcoming lots of visitors next weekend.”

The activity will run both days with presentations at 12noon, 1pm, 2pm and 3pm and is included as part of admission to the House.