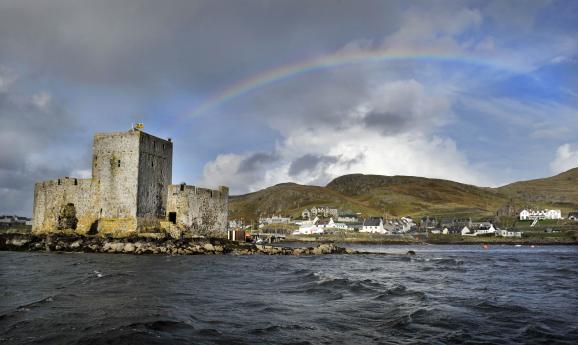 Gaelic speakers and learners can now access specialised Gaelic terminology relating to the historical environment, via an online thesaurus which has been launched as a joint project by Historic Scotland and the Royal Commission for the Ancient and Historical Monuments of Scotland, with financial support from Bòrd na Gàidhlig.

The thesaurus contains more than 4,000 terms and is aimed at Gaelic speakers, learners, and schools, as well as the general public. It provides terminology relating to areas such as architecture, archaeology, and history, as well as place-names for many historical sites.

As a thesaurus, it not only functions as an English-Gaelic, Gaelic-English dictionary of terminology but also provides the meaning of each term in both languages.

“The thesaurus is an invaluable aid for translators or anybody with an interest in reading or writing about Scotland’s historical environment in Gaelic. By providing consistent and standardised terminology for this specialist area, it will add to the development of the language’s corpus”.

“Scotland leads the way in multi-lingual Linked Data thesauri. Until now our vocabularies and thesauri have acted as informal standards on the Internet.  Publication of the Scottish Monument terms as Linked Data will improve data quality and allow our terms to act as vocabulary hubs on the Internet.”

Through the SENESCHAL project, which is funded by the Arts and Humanities Research Council (AHRC), the Gaelic monument terms are available in machine readable format as part of the Scottish Monument type Thesaurus published on the www.heritagedata.org website; the home of Linked Data Vocabularies for Cultural Heritage.

"The National Gaelic Language Plan highlights the requirement for projects which add strength and consistency to Gaelic language corpus development.  It is vital that Gaelic is able to be used in the growing range of contexts in which it features on a daily basis, within Scotland and beyond.  Bòrd na Gàidhlig cannot achieve this without partners and we fully acknowledge the work that Historic Scotland and RCHAMS have undertaken in support of this aim and we welcome the creation of this high quality, valuable resource."

The thesaurus is available on the Historic Scotland website at:
http://www.historic-scotland.gov.uk/gaelic-thesaurus