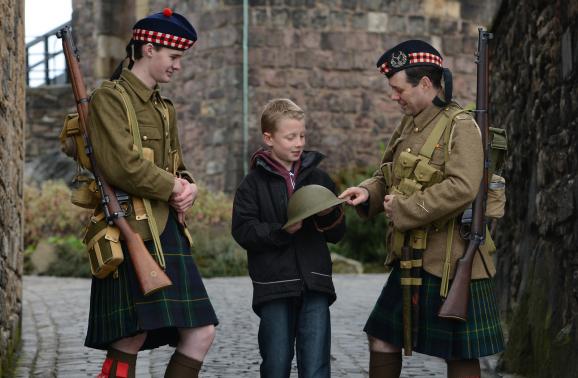 In the Centenary year marking the outbreak of the First World War, Edinburgh Castle will be hosting a special event exploring its own Great War story.

Over the weekend of Saturday 18th and Sunday 19th October, visitors will have the opportunity to take a journey through the nation's contribution to the Great War both on the frontline and closer to home. 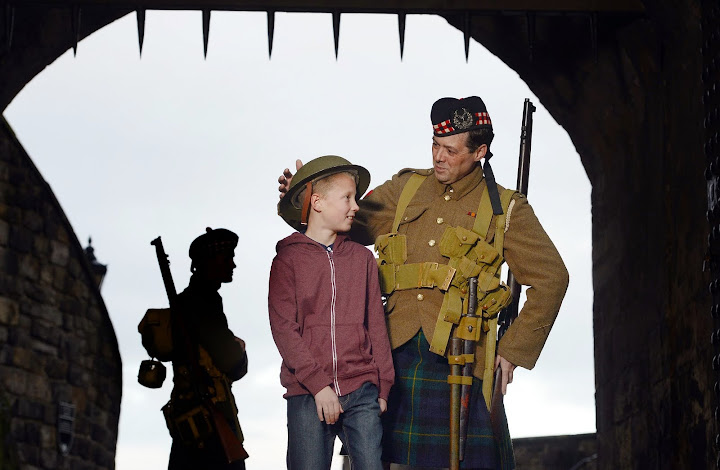 As well as this, those passing through the castle's historic gates can also discover the castle's perhaps lesser known role as one of Scotland's 180 Military and Red Cross auxiliary hospitals that were created throughout the First World War to care for casualties.

There will also be the opportunity to discover what life would be like for a soldier during WWI. Throughout the course of the weekend, re-enactors of the Gordon Highlanders regiment will be on hand to demonstrate what it might have been like for a new soldier from enlisting to undergoing training drills. The team will also explore how an injured soldier might have been treated as well as highlighting the evolution of pioneering medical techniques which went on to influence modern medicine today.

Meanwhile, the castle's Great Hall will offer interactive handling sessions showcasing a selection of authentic items dating back to the start of the First World War.

Edinburgh Castle's Executive Manager, Nick Finnigan, said: "The castle has played many different roles in significant events over the centuries, however, this event will give a sense of what the castle might have been like during its lesser known role as a small 60 bed hospital during the First World War. 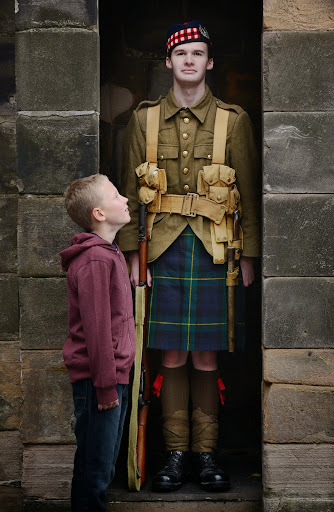 "Over the weekend, visitors will also be able to discover more about  the War on both the frontline and at home,  whilst re-enactors will be exploring what it might have been like for a new soldier and how the injured might have been treated. There will also be the opportunity for the public to handle authentic items from the First World War in a series of interactive sessions." 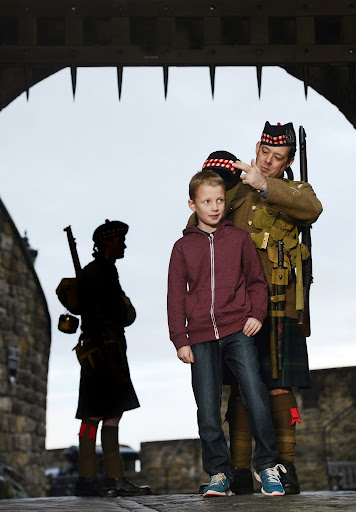 Edinburgh Castle's Great War event takes place on Saturday 18th and Sunday 19th October 2014 from 12noon - 4pm. Entry to this event is included in the price of admission  to Edinburgh Castle.

Please note that Edinburgh Castle guided tours will not take place on Saturday 18th and Sunday 19th October and that the re-enactments take place as part of a scheduled programme of timed events.

Historic Scotland is an executive agency of the Scottish Government charged with safeguarding the nation's historic environment. The agency is fully accountable to Scottish Ministers and through them to the Scottish Parliament. For more information visit www.historic-scotland.gov.uk

Pubs of Edinburgh and Glasgow