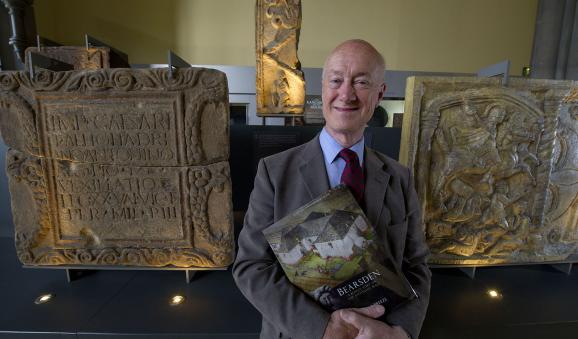 The excavation of a large Roman fort in the 1970s in Bearsden has provided rare insight into how Roman soldiers coped with life in Scotland, nearly 2,000 years ago.

Following years of excavating and scientific analysis, Bearsden: A Roman Fort on the Antonine Wall, has been published, painting a picture of what daily life must have been like for the soldiers occupying the site, which included a fort and bath-house.

Thanks to the painstaking research and analysis of building remains, artefacts, insect remains, and even sewage discovered on the site, author Professor David Breeze was able to offer new information on how one of the best organised armies in history first built the site on the Antonine Wall, and then occupied it for a generation, creating complex trade networks and long term infrastructure for their occupation.

Professor Breeze said: “Excavations in the 1970s revealed the plan and history of a Roman fort. The bath-house and latrine discovered at that time are now on public display, and are an important part of the Antonine Wall World Heritage Site. We were very fortunate to discover sewage in a ditch, which was analysed by scientists at Glasgow University and demonstrated that the soldiers used wheat for porridge and to bake bread, and possibly to make pasta. It also told us that they ate local wild fruits, nuts and celery as well as importing figs, coriander and opium poppy from abroad, and that they suffered from whipworm, round worm, and had fleas.”

The book, which is part-funded by Historic Environment Scotland and published by the Society of Antiquaries of Scotland, focuses on a range of topics relating to the dig, with expert contributions from specialists in pottery, plant remains, soils, glass, insect remains, amongst other areas. 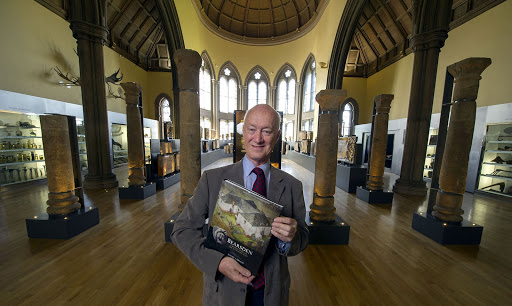 Dr Rebecca Jones, of Historic Environment Scotland said: “Despite their distance from Rome, the soldiers at Bearsden seem to have been far from detached from the rest of the empire, as evidence shows they regularly received commodities like wine, figs, and wheat from England, Gaul (modern day France), and Southern Spain – as well as some locally gathered food.

“That’s just one of a number of exciting topics covered in Professor Breeze’s book, which is the culmination of years of hard work both on and off site. I’m sure that when the excavations were first taking place in the 1970s and 80s, nobody foresaw that the fort would become part of a World Heritage Site. This will be essential reading for anybody interested in the Roman occupation of Scotland.”

The book was being unveiled for the first time at a launch hosted by Glasgow’s Hunterian Museum, where some of the artefacts discovered at Bearsden are on display, as part of their Antonine Wall exhibition.

The Antonine Wall was the most northerly frontier of the Roman Empire nearly 2,000 years ago. It ran for 40 Roman miles (60km) from modern Bo’ness on the Firth of Forth to Old Kilpatrick on the River Clyde. At the time it was built, the Wall was the most complex frontier ever constructed by the Roman army.

Built on the orders of the Emperor Antoninus Pius in the years following AD 140, the Wall was both a physical barrier and a symbol of the Roman Empire’s power and control.

Bearsden: A Roman Fort on the Antonine Wall is available to buy via the Society of Antiquaries website:  http://www.socantscot.org/product/bearsden/

Spook yourself this Halloween with shivers and ghosts