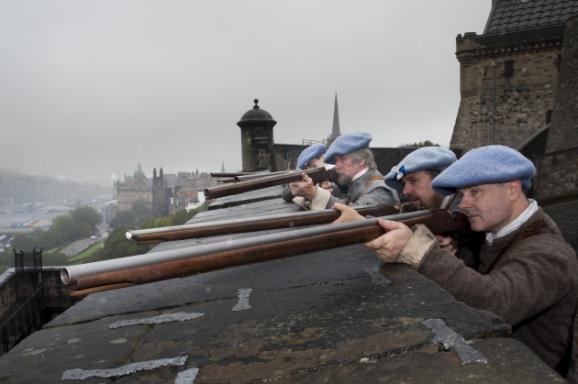 This weekend at Edinburgh Castle, be prepared for the sounds of muskets and cannons as the castle travels back in time to the year 1640.

On Saturday 6th October 2012 and Sunday 7th October 2012, visitors will travel back to when the Castle was besieged by the covenanters for seven months.

The garrison surrendered in September 1640 after they ran out of food and water but not before they had killed over 200 of Edinburgh’s citizens during their bombardment of the city.

Meet the Scottish Soldiers of the mid 17th century, see the musketry, pike and cannon displays and find out about the Story of the Scottish Revolution in the magnificent surroundings of the Great Hall.

Nick Finnigan, Executive Manager of Edinburgh Castle said: “This is a really popular event and brings history to life with the colour, sounds and atmosphere of the time.

“Cover your ears for the massive thunder of cannon fire, find out about muskets, bandoliers and bullets and enjoy the spectacle of the closing display and parade in Crown Square.”